The best places to retire in Italy in 2022

Italy is often referred to as one of the best countries in the world to retire to for various reasons, from a relaxed lifestyle to large expat communities in some areas, not forgetting the Mediterranean climate, high quality of life and the incredible food and wine culture that Italy has to offer. This so called 'golden age' is the perfect time to enjoy a hard-earned life of leisure and leave the world of work behind, and Italy is the country of choice for many expats from all over the world, including British, American and German pensioners, amongst others. Let's find out why retiring in italy is such a popular option, as well as where to retire in Italy in 2021.

In 2021, it is widely known that many countries are experiencing a severe pension crisis, not to mention the added complications which may arise with Brexit and the COVID-19 health crisis across Europe and the world. However, this is certainly not putting many pensioners off moving abroad to enjoy a relaxed retirement. There are endless options for those who have already retired or are planning retirement in the near future, and if you are considering making the move to Italy, then we are here to help.

Knowing exactly where to move to in Italy is one of many potential barriers for pensioners planning to retire in the Bel Paese: you may find yourself bombarded with options, and the idea of bureaucracy, paperwork or legal processes in another language may be a turn off. Let's have a look at some of the best places to retire in Italy in 2021 by region and find out why Italy is the country of choice for so many pensioners, as well as looking at some other important information about retiring in Italy.

Where is the best place to retire in Italy?

What will happen to pensioners in Italy because of Brexit?

Where is the best place to retire in Italy? 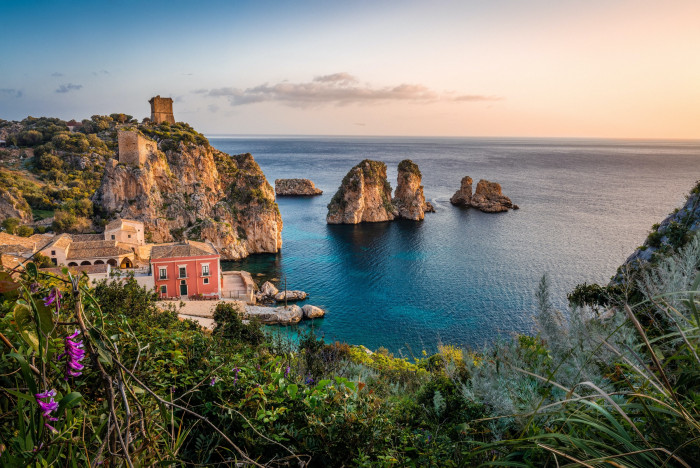 Sicily is a great retirement region for pensioners who are retiring on a tighter budget in 2021. This island region in the south of Italy has something for everyone: as well as having some of the lowest living costs in Italy, this stunning region is also home to world-famous gastronomy, beautiful beaches and a relaxed lifestyle.

Sicily is also home to some of Italy’s most pleasant weather, where winters are generally mild with the odd rainy day, while summers are hot. The climate in spring and autumn is warm and sunny, and widely regarded as “ideal” by those who already live in the area. 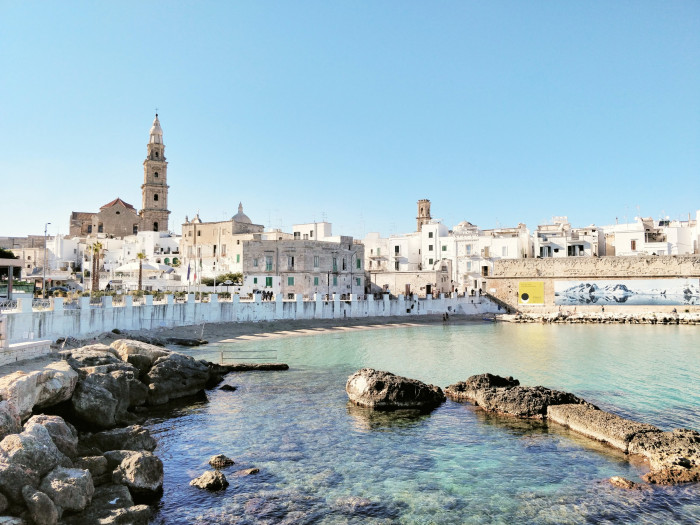 Apulia is home to a number of coastal towns and cities such as Monopoli, Brindisi and the regional capital of Bari, as well as a beautiful coastline which is dotted with smaller towns and villages, each with its own beauty and charm. The local Apulian people stand out as some of the friendliest and most welcoming in Italy, and are said to be especially patient and helpful with those who do not speak Italian, something which greatly helps pensioners that move to the area.

Apulia often escapes the radar of tourists and precisely for this reason, the area is increasingly popular with pensioners as retirees in the region can expect a tranquil experience, although this also means that there is a smaller expat community. Known for its fresh, local cuisine, pensioners who choose Apulia are also in for a delicious lifestyle, and addition to the gastronomy, the cost of living is also lower than other Italian regions. 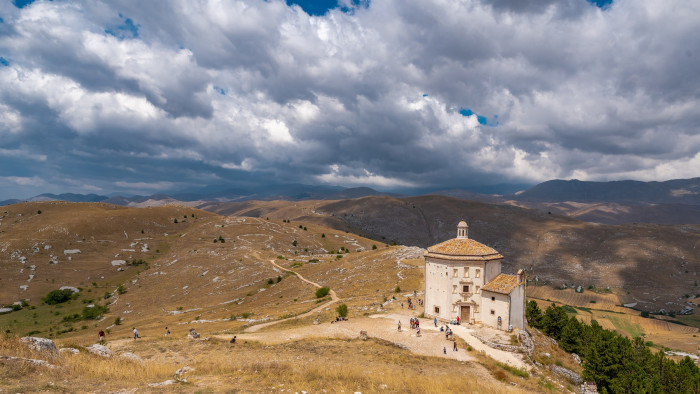 Stunning mountains, beautiful scenery, great food and friendly locals are the things that stand out in the Italian region of Abruzzo. Like Apulia, the region doesn’t attract as many tourists as other areas of Italy and has something for everyone: charming cities and beaches, as well as spectacular countryside, all just a short distance from the Apennine Mountains.

The expat community is also smaller, making this the perfect region for those pensioners who want a truly authentic retirement experience in Italy. 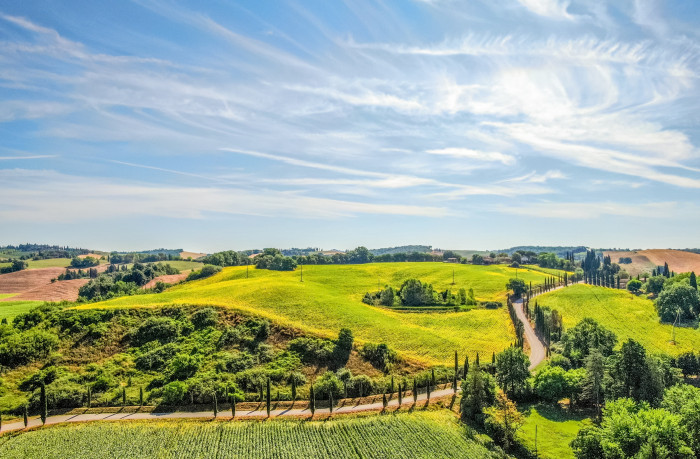 If your retirement plan involves sipping local wine, then Tuscany is the perfect region for you. Expats who have already moved to this part of Italy are in love with its rolling green landscape, extensive vineyards and unbeatable chianti wine.

The capital of this region is the well known city of Florence, another location which is rich in history, as well as boasting a thriving expat community. And that's certainly not all: the region also has popular beaches, providing pensioners retiring in Italy with an idyllic combination of culture, wine and natural beauty. 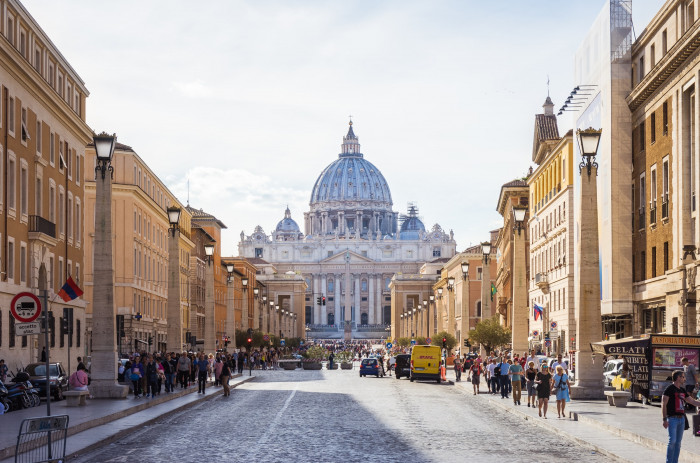 Lazio, the region which is home to Italy’s capital city Rome, couldn’t be left off the list of the best places to retire in Italy. This region, and the capital, are especially popular with retirees who prioritise healthcare and a large expat community, with a wide range of private and public hospitals to choose from, as well as an extensive English-speaking community.

The capital is also home to one of the highest costs of living in Italy; buying and renting property is generally more expensive compared to the rest of the country, for example. Expats who are after a livelier retirement, however, recommend the region which is also steeped in history and culture. 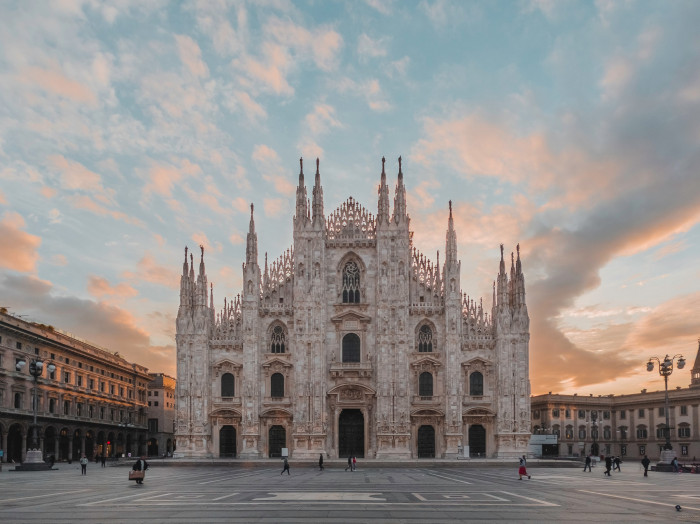 For those after a luxurious retirement full of relaxation and cultural opportunities, then Lombardy, home to the fashionable city of Milan, could be the perfect destination for you. Expats who have moved to Lombardy rave about the lively cultural scene, the rich history and architectural delights on offer, and of course the wide range of luxury shops to choose from in Milan, not to mention the spectacular areas of natural beauty close by, such as Lake Como.

Along with Lazio, the Lombardy region is also known for its more expensive cost of living, with property prices on the rise.

Find property for sale in Lombardy

Retiring in Italy in 2021 is a fairly straightforward process if you are an EU citizen, making the country a particularly attractive option for pensioners. If you are a citizen from outside the European Union, including the UK now that Brexit has already happened, then the process is more complicated but by no means impossible: you will require an entry visa to retire in Italy, a process that will have to be undertaken at the Italian Embassy in your home country before moving. As part of this process, you will also have to be able to demonstrate that you have sufficient income to fund your basic living costs. If you are planning to retire in Italy, whether you’re from the EU or beyond, there are several important aspects you must consider such as the retirement residency law, healthcare, tax information and visas. For all the information, check out our guide on retiring in Italy for expats.

What will happen to pensioners in Italy because of Brexit?

The Brexit transition period has ended and British expats who live abroad are starting to see what life is like post-Brexit. One of the biggest questions asked by British citizens who have retired in Italy or who are planning to do so, regarding the consequences of Brexit and whether they will have guaranteed rights in Italy. Retiring to Italy after Brexit is still possible, it just requires a little more planning and paperwork compared to before.

First and foremost, the UK government has stated that it will continue to pay a State Pension to those eligible in the European Union after Brexit and that despite Brexit, things shouldn’t change too dramatically for expats living abroad in the EU. If you want to retire to Italy in 2021, then you, in most cases, will need to apply for “Elective residence”. This type of residence in Italy is only for people who can support themselves without working. Going to Italy on holiday or to your holiday home, or to visit property don't require a visa, but if you plan to move permanently, then you must apply for and obtain a visa in the UK before your move to Italy.

Therefore, if you want to be covered in Italy after the transition period (which ended on 31st December 2020), all you need to do is make sure that you are a legal resident in Italy (including a new document that has recently been announced) and you will be covered by what is known as the Withdrawal Agreement. This means that your rights will be protected for as long as you remain resident in Italy. Find out more about what Brexit means for expats living in Italy.

WillAge is the long-stay marketplace that aims to attract new Willegiants, especially foreigners, to live in Southern Italy.